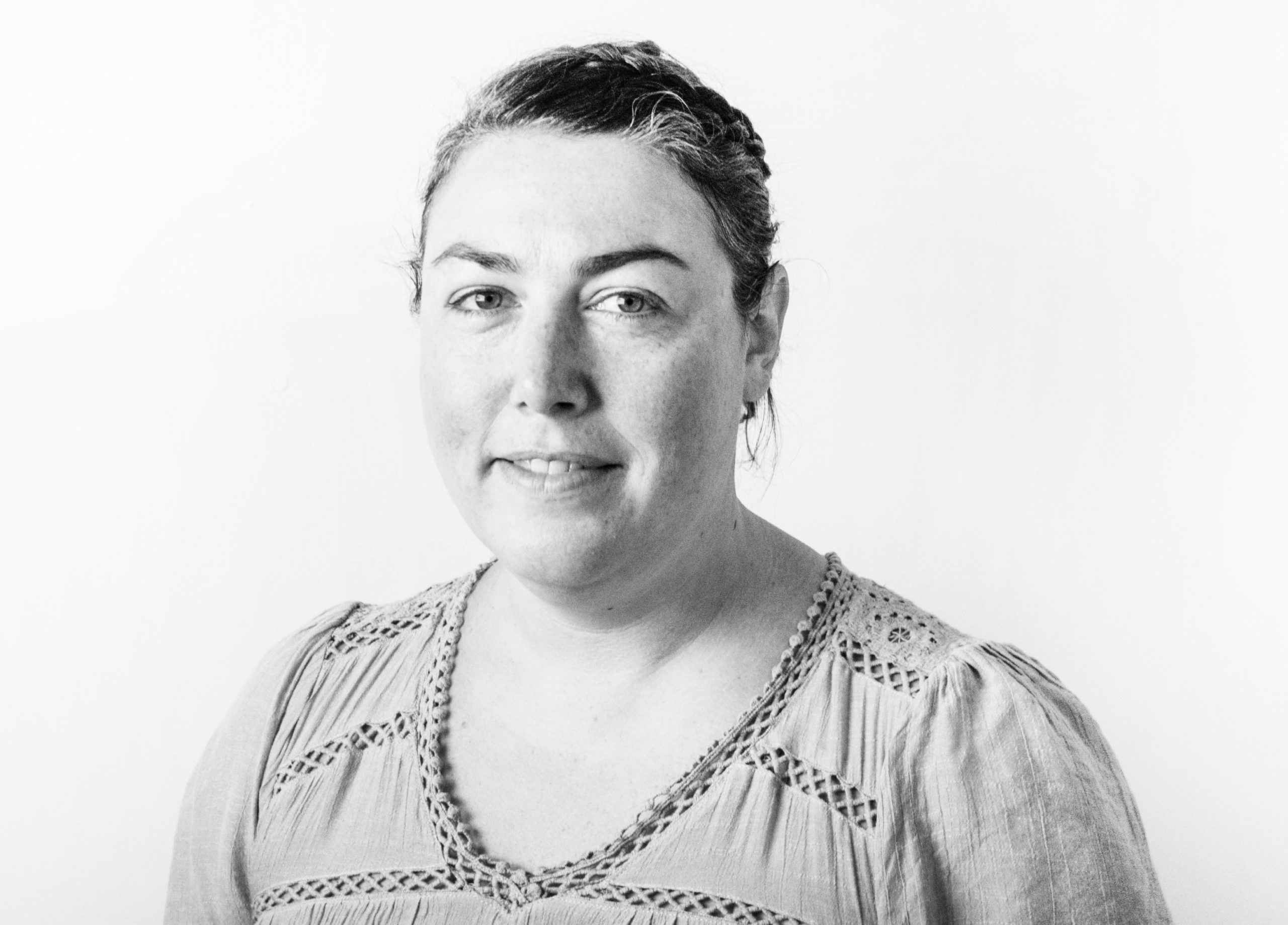 What’s the difference between full-spectrum, broad spectrum and isolate CBD? You’ve come to the right place!

Full Spectrum, Broad Spectrum, and Isolate refer to types of cannabis extracts, also called concentrates. The terms are intended to indicate the amount of plant-produced therapeutic chemicals present in addition to the primary cannabinoids (CBD and/or THC); they are a shorthand way of conveying the diversity of bioactive material in a given extract.

To understand the relevance of phytochemical diversity to product development, why these terms were coined, and how they may be interpreted today, we must first explain the Endocannabinoid System (ECS) and the Entourage Effect.

The ECS is a network of neurotransmitters, their receptors and enzymes. It is present in all extant vertebrate species and some insects. Scientists’ discovery of the ECS has happened gradually over the latter part of the last century, beginning in 1964 with the identification and synthesis of THC by Mechoulam and Gaoni, pioneering Israeli scientists. It was named by Italian biochemist Vincenzo Di Marzo, who initially outlined its influence in “eating, sleeping, relaxing, forgetting and protecting” in the early 90s. This system plays a critical role in almost every regulatory function of our bodies.

Today’s consumers are becoming more curious about which cannabis options work best for them and why. There is a lot of information out there, easily accessible through a Google search, but most consumers do not have the time or inclination to deep-dive into cannabis science; they just want to know what they can expect. The problem is, the ECS is as unique as a fingerprint; everyone is different, and trial and error is inherent in the journey toward optimization. However, the chemicals produced in the plant alongside cannabinoids have more predictable and well-studied effects than the cannabinoids themselves. Knowing the phytochemical profile of a hemp or cannabis extract can help developers define and standardize their products at scale.

The definition of the Entourage Effect is relatively simple; it is the theory that cannabinoids have more favorable actions when delivered with a higher proportion of native phytochemicals such as terpenes, flavonoids, and other cannabinoids. This manifests as both amplification of positive effects (efficacy) and modulation of undesirable ones (tolerability). The term was coined in 1988 by Raphael Mechoulam, the same Israeli scientist who discovered THC, and its potential mechanisms were first illuminated by Dr. Ethan Russo in his landmark 2011 paper, “Taming THC.” Put even more simply, the Entourage Effect is a way of saying that, when it comes to cannabis and hemp, the whole is greater than the sum of the parts.

The interactions between various cannabinoids, terpenes, and flavonoids are complex; it will take decades of research to parse them. Fortunately, terpenes and flavonoids have at least as much scientific research behind them as ahead of them. They are already common additives in many commercial processed goods, especially cosmetics, and of course, food – plants make tens of thousands of different terpenes alone. They can also be synthesized.

The Entourage Effect is the reasoning behind extractions that seek to retain as much of the native phytochemical context as possible. However, this comes at the expense of standardization and palatability, so each use case will necessitate its own balance of values.

Cannabinoids are produced most abundantly in trichomes, the resin glands of the hemp and cannabis plants. To be used in processed beverages or topicals, these glands must first be concentrated, then their oils separated from plant waxes and other non-useful vegetative matter. There are two main categories of processes to do this: solvent and non-solvent. Various levels of technological sophistication exist within each category, and most finished extracts employ elements of both.

Solvent: In this method, a solvent is added to dissolve the cannabinoids, then evaporated, leaving a concentrated oil. Solvents can be further divided by polarity. Non-polar solvents, such as butane, dissolve only non-polar compounds from the plant, in this case the oils and other lipids making up the trichome heads. Polar solvents, such as ethanol, will extract both non-polar and polar compounds, including water-soluble compounds such as chlorophyll. These bring with them with strong herbaceous flavors; however, many polar compounds are desirable from a therapeutic standpoint.

Non-solvent (Mechanical): Using temperature or pressure changes, cannabinoid oils can be separated without the use of a solvent. Distillation uses the variability in boiling points of a plant’s constituent chemicals to yield very pure extracts. Solvent-extracted concentrates are evaporated and then condensed at precise temperatures. The resulting product typically tests at 85-97% purity.

The following are the terms used to categorize the three different types of extracts.

Full Spectrum CBD means the maximum amount of helpful native phytochemicals are retained during extraction, including THC. The goal is to remove extraneous lipids while retaining an identical ratio of cannabinoids, terpenes, and flavonoids from the original plant source material. This can only be verified by testing the material before and after the extraction. True Full Spectrum extracts are rarer than one might expect; most extractions lose significant terpenes and flavonoids during processing because they are much more volatile than cannabinoids. Ethanol and very low heat (the RSO method or whole plant oil), or an extremely long vacuum extraction process can yield Full Spectrum extracts. Full Spectrum extracts tend to be quite dark in color, and their flavors can be described as earthy and vegetal.

Broad Spectrum applies to extractions that aim to retain a large complement of phytochemicals without the THC, which allows for some Entourage Effect action. Hemp, defined as cannabis plants containing less than .3% THC, forms the basis for most Broad Spec extracts. Broad Spectrum can also be created by either adding terpenes, flavonoids, and minor cannabinoids to CBD isolate or by removing THC from Full Spectrum extract via distillation. Compared to Full Spectrum, Broad Spectrum extracts are slightly lighter in color, and while their flavor profiles are similar, they are not as hemp-forward and bold.

Distillate takes the opposite approach of Full Spectrum, seeking to remove everything but the cannabinoid(s) of interest. After undergoing solvent extraction, the concentrated oil is run through the short-path distillation process described above, often multiple times, to purify it. Some suppliers will advertise “Full Spectrum distillate” but this is contradictory. If terpenes or other bioactives are reintroduced after distillation, the product is sometimes also called Broad Spectrum.

Isolate is the purest form of extracted cannabinoids, a crystalline powder with a purity of 99.9%. It is created through additional solvent processes after distillation. The additional processing steps are expensive, but due to the extreme purity of the final product, cheaper crude extracts can be used as starting material without concern for residues.

Both Full and Broad Spectrum concentrates offer the benefits of the Entourage Effect. If your CBD product is relatively low-dose, having a diversity of phytochemicals is even more important. Beyond their potential therapeutic effects, all these minor players also give cannabis its depth, creating a symphony of flavor and smell, and ultimately making the bitterness of cannabinoid extracts more palatable.

However, even a pleasant symphony of flavors can have a strong personality; it will never be a neutral canvas onto which flavor scientists can project their artistry. Rather, it is a dominating flavor of its own – and one that changes with each batch of extract. In emulsions, the diversity of chemicals, each with slightly different weights, is also a challenge.

By contrast, distillates and isolates offer consistency and standardization; they are a known quantity. With them, a product producers can use a wider variety of flavorings to make the formulation really shine, and they are far more consistent in emulsions (as long as the supplier is reliable). The consumer can also expect the same effects and sensory experience every time.

Choosing the correct starting material for product development is a careful balance of values. For most commercial purposes, purer extracts are desirable because they allow producers to standardize and iterate based on known, reliable effects. However, for the more wellness-focused, the benefits of a fuller complement of phytochemicals are worth the variability.

At SōRSE, we are able to strike a balance between standardization and efficacy. Many of our products reconstruct the phytochemical profile block by block to yield a consistent but fully articulated product – similar to molecular gastronomy, but for hemp. Not only are we able to offer Broad Spectrum and Isolate emulsions in water-soluble liquid and powder form, but we are able to create custom emulsions for our customers based on what they need to make their product unique. If you are a product developer wondering which spectrum is right for your product or if you are interested in creating a custom blend of cannabinoids, terpenes and flavonoids, reach out for an exploratory call with our team today.

This article has been